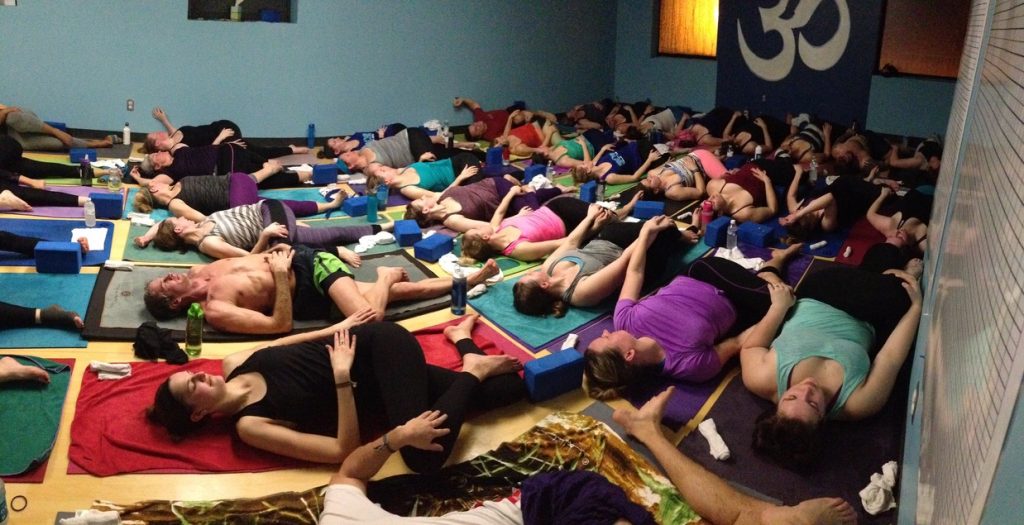 Pardon our dust, but we have a huge construction project taking off at 502 Power Yoga Highlands! Please bear with us over the next 6 weeks as we embark on a much-needed expansion.

A trip down memory lane

The 2nd floor of our building used to be 4 apartments, hence the big hallway down the middle with 4 doors. When we first opened in 2014, we only had the North side of the building—what was formerly 2 apartment units. We had a tiny lobby and a tiny studio space (which we still packed 35 people into… it was the Before Times).

We had no storage, spent $1000/month at a laundromat down the street, and had no good way to display merchandise.

We acquired one of the two units across the hall in 2016 — we finally had space for laundry, meetings, and storage! We called it the Annex. It served us well.

We acquired the remaining unit on the 2nd floor of our building in 2018 and began moving office operations in there. This freed up the “Annex” to become the Lobby, which freed up the old lobby to become MORE STUDIO SPACE!

There was this pandemic 😅 and after a few months of being closed, we opened back up with only 7 mat spots. SEVEN. Thank goodness we expanded in 2018.

We “expanded” capacity up to 22 last summer which felt so good after being so limited for so long. It’s hard to imagine ever having fit 48 people in that room 😅 Besides, where did everyone park?

This brings us to the present day: The time—and opportunity—to expand has come again!

The project is scheduled to be complete by September!!! We’ll have a Grand Reopening Celebration when everything is finished with throwback New Student Offers, membership deals, an Open House, and more! Stay tuned for details.

Thank you for your patience over the next 6 weeks. It will be SO WORTH IT! And hopefully, we’ll be done with any major projects for a while 😅😅😅😅