Should I Practice Shirtless? 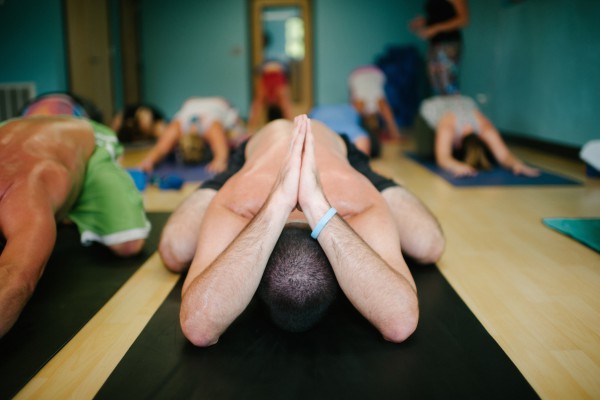 Should I Practice Shirtless?

It’s usually a first-time student or someone new to the yoga practice. There are people talking to one another, catching up before class starts. The new student stands alone and observes the others as they put their belongings in the cubby. They walk over to the front desk and say a little sheepishly, “Should I practice with my shirt off?”

For a class heated to 90 degrees, it’s a sensible question. You’re going to sweat, so if you don’t want your shirt to be sweaty, then yes; doesn’t it make sense to take your shirt off?

After being in the yoga world for a short while, you get used to seeing bodies of all types. The hairy, the skinny, the six-pack, and the curvy have all been showcased in various yoga classes throughout the years. And yet, when it gets hot in the studio, most people hesitate to remove that heavy cotton. What will people think?

Here’s the truth: No one cares.

Whenever I see a girl walk into the studio in a sports bra, I don’t think to myself Who does she think she is? I envy her.

Feeling comfortable in the skin you move in is to be applauded whether you’re a man or woman. It’s hard to care about your neighbor practicing shirtless while you’re struggling in Revolved Chair Pose for a full minute. You can come to class and practice with that extra skin because what matters most is that you are present. If fiddling with a shirt is a distraction, remove the distraction or mentally push past it. When a man removes his shirt halfway through class, it doesn’t make him a show-off. It doesn’t automatically mean he is trying to assert his manliness. And when a woman decides to practice in a sports bra, you better believe she isn’t trying to be sexy–especially with that sweat dripping off her nose.

The teachers who brought yoga to the West practiced in their skivvies. Anyone who has read Light On Yoga can attest to this, and goodness knows the late and beloved B.K.S Iyengar in his prime rocked that Dad-bod well into his 90s.

While most of us prefer to practice with a fitted tank and our favorite pair of yoga pants, the best clothing option is the kind that allows you to move freely. Be comfortable in what you wear, and realize that most people won’t even think twice about your shirtless practice.

So can you practice with your shirt off? Why of course, you beautiful, confident, radiant, sweaty being. Practice on.