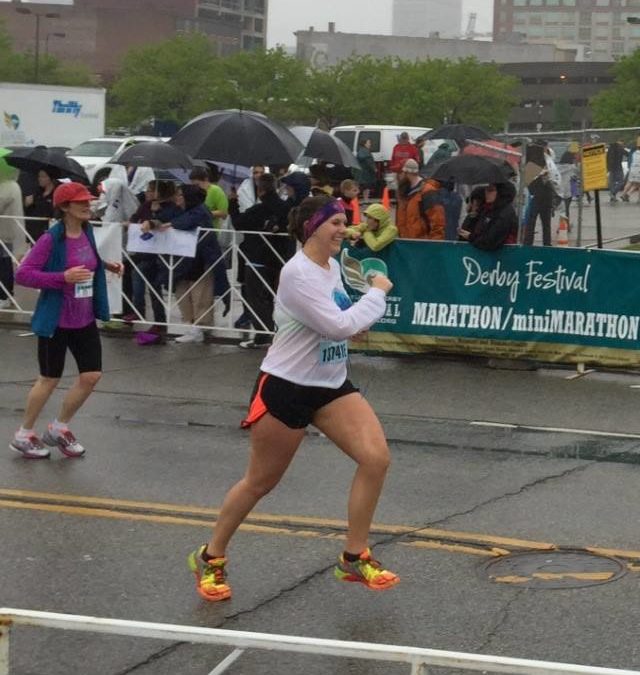 Off the Mat: Running a Mini Marathon

The Lessons I learned during a Mini Marathon

I’ve been a slow but persistent runner since I hit early adolescence. In college, it was no longer about times and practices but a release and an escape. If I had a bad day I would run—I was under the impression I was running through my problems. I kept the habit; running and running. I ran harder and longer the more stress I experienced in life. It didn’t matter that my times were nothing to brag about; I was just running and pounding out whatever tape was playing in my head. I was accomplishing races but even during this time swore I’d never run a mini; I told myself I couldn’t run that many miles.

1. Yoga is cross-training…physically and mentally

Soon after joining 502PY I signed up for the 40 Days to A Personal Revolution program. I was learned so much through the practice besides cool poses and terms; I learned more about who I truly am and what is important to me. Through it, I decided to do the Mini Marathon with the support of my Yoga community and family. I finally had the confidence to run for me—not for getting away from the parts of life that are uncomfortable.

2. When my practice began

I woke up on race day; it was cold and going to rain. I did not want to do it. I pushed myself to get up and get to the course. I started and wanted to quit so bad just like I really wanted to quit uncomfortable poses sometimes in class. But I didn’t on my mat and didn’t in my race. It started to rain harder, and I stopped to breathe, and I began to focus on the quote so often repeated in class, “The pose begins when you want to get out of it.”

3. You Are Stronger Than You Think You Are

My race began at that moment. I started running harder not to pound away the discomfort or stress of the race but to embrace it and reach a new experience in myself. I finished my last five miles with a smile on my face, a better time than I expected, and a feeling not just of accomplishment but perfect happiness.

So much came together for me in that moment—when my months of practice on my mat clicked with my life outside the studio. The inquiry and breath, the strength to push through not only physically but mentally and emotionally—all those things surfaced for me during my first mini-marathon. I would not have signed up for the race without my practice in my life. I also know that I would not have shown up or completed that race without my Yoga community or without the self-love and strength that I have found through it.