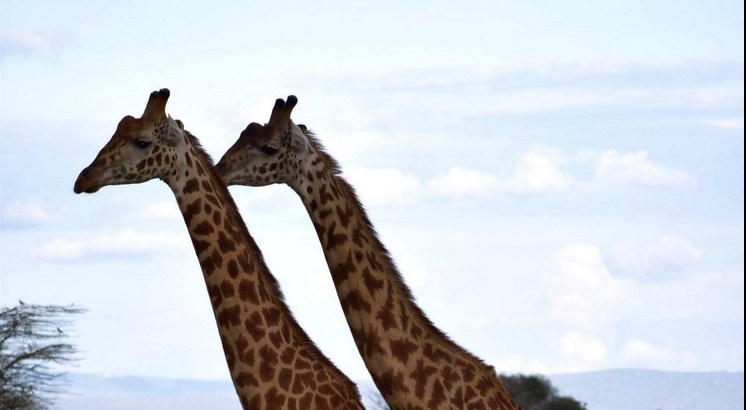 This past winter, my 502 Power Yoga community raised funds to help send me to Nairobi, Kenya to participate in the Africa Yoga Project’s (AYP) 200-hour teacher training. This is a Baptiste affiliated organization, begun by Paige Elenson, which trains Nairobi youth to become yoga teachers and community leaders in order to support their families. There were 50 people in my training.

There are probably at least one hundred vignettes about my time in Nairobi. So it is hard to know how to narrate my story—how to whittle it down and relay the most information possible without sounding like a cliché. But I want to focus on my first one: The community created by Africa Yoga Project.

Creating Connection in the Shine Center

On my 4th day in Nairobi, I participated in the “Saturday community class.” There were 200-300 people there. It’s offered free each week with donations accepted. A free lunch is provided afterward. There were men, women, and children of all ages there—it felt like a real neighborhood gathering. Handstands and acrobatics were happening upstairs while the mats filled the space on the first floor. The energy was palpable, and the temperature was rising. Walter Mugwe and Paige co-taught the class using a microphone. They called out all of the countries represented in that one class–incredible. All of these people were here from around the world to share this singular experience: Yoga.

By the time we hit our 4th downward dog, the noises began. People began to groan after holding a pose for a long time; they shouted “yes” when told to take the next pose. There was laughter, commissary, and support. The walls of the aptly named “Shine Center” were filled with a joyful noise. It was at that moment, and many that followed, that I began to understand community in a new way. I can be there for people I don’t know. If I allow it, they can be there for me. I can reach out to the stranger next to me and support him or her in extended leg raise. I can smile and feel other’s smiling beside me. I can groan when I don’t think I can stay in a pose a second longer, and shout in relief and joy when the next pose is called. And I can know, truly know, that I am not alone.

Creating Communities by Stepping Outside of Comfort Zones

At each encounter during the training, we worked with a new person in our group.  If I practiced with Edward in the morning, I needed to choose someone different for inquiry work in the evening. This really pushed me outside of my comfort zone. It also allowed me to experience others in a new way. Each encounter with someone new caused me to face my fears of someone not liking me, not accepting me as I am, multiple times a day.  It helped me realize that all I have to offer is this flawed person that I am, and it helped me to see others in their vulnerability and know that I could accept them too. I had to continually face and drop my assumptions about people. Paige invited us to do this the very first night. “Are there things you can give up right now that you have already assumed about people or the training?” I realized then that I had already decided who I would get close to and who I would keep on the periphery. Just that awareness, that one remark by Paige, allowed me to open up more to others.

We worked in small groups, in large groups, with individuals and with ourselves daily and hourly for two straight weeks. There were times I wanted to run from it all, but more often there were times I wanted to run into someone else’s arms for support. Whenever that happened, I knew that someone would be there to catch me, unconditionally, without judgment. We saw each other at our worst, saddest, angriest, happiest and most vulnerable selves.

If You Want To Go Far, Go Together

Africa Yoga Project’s mission is to stand for others, to help others succeed. Each student that moves towards their higher self takes me with them. How amazing is that? I cannot think of a more worthwhile mission. In other’s successes, I am able to succeed as well.

Over the course of two weeks, we went from being 50 individuals to being a community. We moved from self-interest to group success.  Other than my children, I’ve never been so excited to see others succeed. My AYP teacher training group has become my adopted family. We are all in touch via social media, monitoring one another’s progress and supporting each other from a distance.